The start of an assault against woke anti-Semitism

I am delighted that The Australian has published my first piece on woke anti-Semitism. Unfortunately I cannot post it here, since it is behind a paywall, but I can make some general remarks on the subject and point to further references.

A key premise of woke theory (sometimes referred to as “critical social justice”) is that the world is divided into privileged whites and downtrodden people of colour. From this premise Jews are normally slotted into the privileged white category. Sometimes they are even seen as ‘hyper-white’ given their success in American society.

Whoopi Goldberg’s vile remarks about the Holocaust not being about “about race” are completely in line with the woke world view. From this perspective the Holocaust was essentially about white people behaving abominably towards one another. The fact that it involved a savage racial assault on Jews is incidental to such a simplistic binary outlook. She made her comments after I had written my article but Brendan O’Neill covered the story on spiked here.

It is also notable, although not immediately obvious, that the recent Amnesty International report accusing Israel of practising apartheid also fits perfectly into this pattern. The conflict in the area is seen as a simple binary with Israelis representing privileged whites and Palestinians cast as the people of colour.

I intend to expand on the theme of woke anti-Semitism in future articles but in the meantime here are some references that could be useful. Most are critical of critical social justice but a couple are supportive.

*An October 2020 article in The Tablet by Bari Weiss, a prominent Jewish American journalist, arguing that critical race theory is the “beating heart” of  woke ideology (although she does not use the term “woke”).

*An open letter against critical social justice signed by many Jewish luminaries. It was organised in May 2021 by the newly formed Jewish Institute for Liberal Values. The organisation has also published a white paper on How Critical Social Justice Ideology Fuels Antisemitism.

*An article in the Spring 2021 Sapir Journal on “Critical Race Theory and the ‘hyper white’ Jew”.

*An article by Jonathan Judaken in Tikkun magazine on “Why Jews should embrace Critical Race Theory”.

*A 1998 book by Karen Brodkin on “How Jews Became White Folks and What That Says About Race in America”.

*Spiked has run several articles by different authors arguing the main problem of woke anti-Semitism is identity politics rather than critical race theory. These include pieces by Sean Collins, Frank Furedi and Brendan O’Neill.

Photo: "Anonymous Hollywood Scientology protest" by scragz is licensed under CC BY 2.0 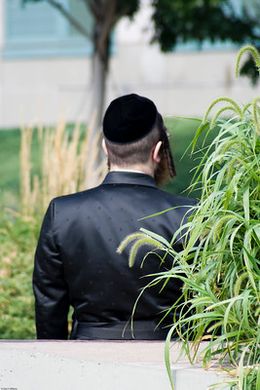