I am delighted that the Academy of Ideas has published my Letter on Liberty on Rethinking Anti-Semitism.

The Letter argues, as the title suggests, that anti-Semitism needs to be considered afresh. Contemporary anti-Semitism differs in important ways from Jew-hatred even 20 years ago let alone 200.

For example, too much attention tends to be attached to the danger from the far right. Given the history of the Holocaust this is understandable but it is a mistake to assume that any anti-Semitic resurgence will be a simple rerun of the past.

In contrast, there is often a reluctance to talk about Islamism. That is not Islam as a religion but, on the contrary, a political movement that often uses the language of Islam.

Finally, there dangers of identity politics are insufficiently well understood. Yet this outlook is all too willing to cast Jews as beneficiaries of hyper-white privilege over people of colour.

The link with the Letters on Liberty series is also important to note. Rethinking Anti-Semitism argues that to combat anti-Semitism it is necessary to challenge it in the open rather than suppressing it.

Readers of the Radicalism of fools will be familiar with these themes as I have developed them here over the past six months. The Letter has provided the opportunity to pull the key strands together in one exposition.

There are several ways readers can get hold of the Letter. They can download it for free as a PDF from here. Alternatively they can buy it in pamphlet form with a beautiful cover illustration by Jan Bowman.

Best of all, at least from my perspective, readers who take out an annual premium subscription to this site are entitled to a free signed copy of the Letter. 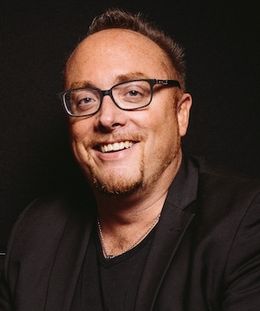