The school inspectorate is intolerant of religious freedom

King David High School in Manchester was downgraded from outstanding to special measures by Ofsted this week. The school inspectorate sank its grading due to “concerns” over safeguarding and equality issues (the latter on gender segregation in voluntary religious classes).

It follows a previous successful challenge that King David made against Ofsted three years ago over an identical Ofsted judgement. With similar downgrades from “good” to special measures for the Jewish Free School (JFS) in Kenton, Middlesex, as well as other special measures gradings for orthodox Jewish schools, many in the Jewish community are wondering whether their faith schools are being unfairly targeted. Is the civil service forcing Jewish schools to overturn their traditional beliefs and values to comply with state diktat? Is Ofsted downgrading Jewish schools for being too, well, Jewish?

The tension here arises with the 2010 Equality Act. In practice, the act gives all public authorities a degree of responsibility for encouraging and promoting equality in relation to protected characteristics. The latter includes protection on the grades of ethnicity, religious affiliation, sexual orientation and gender identities and so on. Chris Jones, Ofsted’s director of corporate strategy, admits that the act was contentious from the start. That is particularly true in relation to characteristics relating to sex, sexual orientation and gender reassignment. The conflict between religious parents and the content of sex education reflects how these tensions have exploded in some state schools in Birmingham.

To strengthen the Equality Act in a school context, Ofsted’s statutory guidance on relationships, health and sex education became a key touchstone of school inspections since September 2020. It is in this area that, for Ofsted inspectors, many Jewish schools are failing. It is not the instance of discriminatory attitudes, values or behaviour per se, but rather that Orthodox Jewish schools are not doing enough to promote LGBT issues. They are not replacing the Star of David with a Gay Pride rainbow badge. In this instance, it is the invisibility of LGBT issues or gender segregation in some religious classes that is considered to be soft bigotry. And it is this that is partly creating Ofsted grade deflation for Jewish schools.

To read Ofsted’s guidelines reveals a warped idea of what takes place in modern orthodox Jewish schools these days. Even before the 2010 Equality Act, faith schools were not fire and brimstone institutions hounding out gay pupils. As Channel Four’s Benjamin Cohen stated about his experience at a Jewish faith school, he did not get bullied and he did not sit through lessons where he was told that his sexuality was wrong. Respect and toleration plays an important role in the Jewish faith as they do in secular liberalism, too. But Ofsted’s overzealous interpretation of the Equality Act betrays any understanding of toleration. It was the liberal thinker John Locke who, In A Letter on Toleration, made an early defence of the right of conscience and freedom of belief, of individual sovereignty, against “zealots who condemn all things that are not of their mode”. Locke recognised that for toleration to exist, then religious groups had to be free to write their own constitutions and internal laws. The 2010 Equality Act is in clear contradiction to early Enlightenment principles of toleration and religious freedom.

Ofsted’s recent guidelines argue that the 2010 Equality Act does not “overstep the mark” regarding religious freedom. Instead the mutual respect of “protected characteristics” are simply put in place. In practise it means that Jewish faith schools have to advertise values that may go against religious beliefs in the Talmud (the body of Jewish law). And a failure to do that will result in tarnishing the school’s reputation, regardless of the excellent teaching and learning, stellar exam results or places gained at Oxbridge. (Ofsted admitted that King David’s pupils “achieve highly”). What is a priority is whether Jewish schools are teaching the preferred moral values of Whitehall civil servants. No amount of Equality Act legalese can disguise the fact that orthodox Judaism is viewed as a “problem” that needs to be weeded out by school inspectors carrying the Equality Act.

Of course, there should be the freedom to hold religious beliefs to ridicule, to be accused of holding reactionary views and so forth. But that critical dialogue should take place in civil society and indeed within faith schools themselves. No religious belief should be ringfenced and protected from harsh criticism. The problem here is the secular state’s descent into intolerance regarding a religious communities’ beliefs and to attack their freedom of conscious. Ofsted has descended into soft totalitarianism.

This September, the Jewish Free School will celebrate 20 years since its move from Camden to its shiny, hi-tech premises in Kenton, Middlesex. The politician who opened the new school was the then prime minister, Tony Blair. It sent out the message that the Labour Party was the party of multicultural values and that Britain was a welcome home for Anglo-Jewry. Some 20 years later, the message from Whitehall is altogether more intolerant and suspicious of the Jewish community. It views Jewish schools, not as centres of academic excellence and learning, but hotbeds of bigotry and intolerance.

Neil Davenport is a writer based in London.

Book review in the Jewish Chronicle 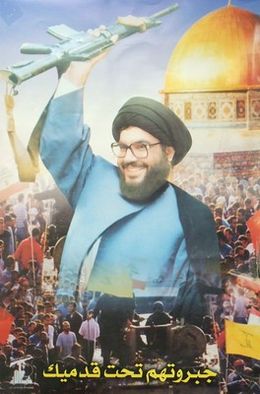