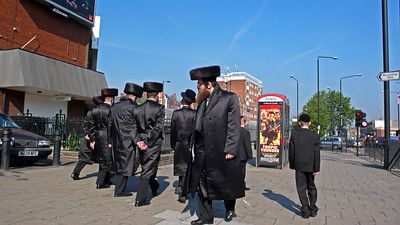 A different take on anti-Semitism

Anti-Semitism has received much attention recently but it is seldom appreciated that a substantial section of the Jewish community sees it fundamentally differently from other Jews. It talks little about hate speech on social media, prejudice at universities, rows inside the Labour party, chanting at football matches or biased BBC coverage. When it does discuss Israel it approaches the subject from a completely different direction than mainstream Jews.

Yet this section of the Jewish community is not immune to the effects of anti-Semitism. On the contrary, in important respects it is probably more likely to suffer from it than other Jews.

I am of course talking about the strictly religious Jewish community. These are also sometimes referred to as ultra-orthodox, haredim (literally meaning “those who tremble” in Hebrew), charedim and hasidim (strictly speaking a subset of the strictly orthodox). The men in particular are easily recognisable. They tend to have beards, wear dark suits with white shirts and keep their head covered with a skullcap or formal hat of some sort. Often they have payus (sidelocks) too. On the sabbath or Jewish holydays they frequently wear more elaborate clothing such as shtreimels (fur hats).

Women, in contrast, are simply meant to conform to what are regarded as standards of modesty in dress. This means long sleeves, wearing longish skirts or dresses without bare legs showing, and no trousers. Married women generally wear a sheitel (wig) to cover their hair.

This distinctive dress immediately marks the strictly orthodox out from other Jews. Even those Jewish men who are religious but not strictly orthodox – sometimes referred to as modern orthodox – can easily hide their Jewish identity. For example, if they wear a baseball cap in public they are obeying the religious stricture to keep their head covered while maintaining their religious anonymity. Other Jewish men – whether they are moderately religious or entirely secular – do not generally cover their heads at all unless they are in the synagogue.

The immediate consequence of this distinctive appearance is that the strictly orthodox are easily identifiable to those who engage in physical attacks.

“In the wider Jewish community anti-Semitism mostly takes the form of prejudicial comments, or that kind of thing. In the hasidic community it’s very much physical attacks, like being punched in the face,” says Izzy Posen, a consultant on the haredi community and former member of the Satmar strictly orthodox group.

Similarly, Dan Korn, a writer from the strictly orthodox community, says: “If you look obviously Jewish you are more obvious a target for the primitive anti-Semitism of the streets.”

However, not all of the strictly orthodox are keen to emphasise this point. On the contrary, Rabbi Herschel Gluck, a community leader in London’s Stamford Hill district and the president of Shomrim (meaning “guards” in Hebrew, a local neighbourhood watch organisation) stresses that anti-Semites hate all Jews. “Anti-Semites have a very good sense of smell,” he says, referring to their ability to divine who is Jewish.

Rabbi Gluck even points to the historical example of Heinrich Heine, the nineteenth century German poet, who suffered anti-Semitism despite having converted to Christianity. “He want the whole hog quite literally,” he says. “If they become more goyim (non-Jewish) than the goyim the goyim still hate them”.

In any case the differences between the strictly orthodox and other Jews go well beyond physical appearance. That is merely the most obvious way to distinguish between the two groupings.

These demographic differences in turn reflect the different set of mores that govern the life of the strictly orthodox. They tend to be socially conservative with a heavy emphasis on promoting traditional family life. The strictly orthodox also, to a greater of lesser extent, tend to keep themselves sheltered from wider society. Although a degree of contact with the outside world is unavoidable this is generally kept to a minimum. This is in contrast with modern orthodox Jews who maintain a fraught balance between their religious lives and interaction with the outside world.

In relation to their perception of anti-Semitism it is important to recognise that the strictly orthodox see themselves as living in golas (exile). From this perspective the ill-treatment of Jews by non-Jews is regarded as the default state of the world. “We live spread out among non-Jews and they don’t love us,” says Dan Korn. “That’s part of the golas.”

David Herskovic, a strictly orthodox blogger who tweets at @ifyoutickleus, draws the conclusion that “we never expect to be taken quite as equal”. He points to several religious texts which make this expectation clear. For instance, Vehi Sheamda a passage recited at the Passover evening meal, talks about how “in generation after generation they rise up to destroy us”.

However, it would be wrong to conclude from this that the strictly orthodox do not want to be treated with respect. They may not aspire to be high court judges or the conductors of symphony orchestras but there is a presumption their religious autonomy should be recognised. As long as they are doing no harm to others there is a strong expectation that they should be free to pursue their faith.

This helps explain the ire with which the strictly orthodox tend to react to initiatives by Ofsted, responsible for inspecting schools, to promote sex education. From a strictly orthodox perspective this constitutes external interference in some of their most cherished traditional values. That is why Izzy Posen argues that the strictly orthodox often see it as the “quintessential anti-Semitic organisation”.

From a strictly orthodox viewpoint their schools are behaving in a completely reasonable way by eschewing sex education. From this perspective sexual matters, whether related to heterosexual or same sex relationships, should not be discussed in public. This is in line with their position of zero sexualisation of children. Even passages of Jewish religious texts containing sexual content are censored when taught to children. When such topics need to be discussed they should take place, in this view, within the privacy of the family home.

Eli Spitzer, the head teacher of another strictly orthodox school, takes a different view. He acknowledges that many parents react against what they see as Ofsted’s secularising agenda. But in Spitzer’s view the heart of the matter is different. “I think there is a very strong belief [in Ofsted] that the state should overrule parents when it comes to the schooling of children.” So for him the dispute revolves around whether the state or parents should be determining the social norms imbibed into children.

Ofsted naturally rejects the accusations made against it by many in the strictly orthodox community. Amanda Spielman, the Ofsted chief inspector since 2017, told Spitzer in a podcast interview that such parents are in effect asking for a group opt out of law. But Ofsted does not have the discretion to ignore statutory guidance on personal, social, health and economic (PSHE) education or other matters. She also emphasised that Ofsted has no desire to inflict pain or unhappiness on any haredi parent.

In a similar vein to the debate on education the strictly religious have strong views on attempts to ban shechita (the ritual slaughter of cattle and fowl to ensure they are kosher) and bris mila (male circumcision). These are much more of a focus of contention in some other European countries rather than Britain. For example, shechita has been banned in Sweden since 1937 and there are now moves to ban the import of kosher meat. On such matters, strictly orthodox Jews often make common cause with Muslim religious authorities.

In contrast, the concerns of the mainstream Jewish community often seem distant to the strictly religious. For example, few of go to university so they rarely have direct experience of prejudice in mainstream British higher education. Instead young men tend to go to yeshivas (religious seminaries) while young women tend to start having children from their late teens onwards. “Because our engagement with society is less there is less opportunity to observe some of the malign experience at universities,” says David Herskovic.

That does not mean they are unaware of problems some Jewish students face at universities. Many will read about them in the media. According to Izzy Posen, such difficulties are often taken as confirmation of the folly of mixing too closely with non-Jewish society.

Similarly the strictly religious do not generally attend football matches. If matches are played on the Jewish sabbath, from before sunset on Friday to nightfall on Saturday, attending them would violate Jewish law. That is because they violate prohibitions on spending money and travelling on the sabbath. In any case strictly orthodox individuals are meant to be focused on other concerns. So debates about whether or not Spurs fans should be able to chant “yids” are of little interest.

The question of Israel is more fraught. To understand the strictly orthodox position it is important to recognise the foundations of their belief on this question.

From a strictly orthodox position the state of Israel is illegitimate because they believe that a Jewish state should only be created with the coming of the messiah (who in the Jewish tradition has not come yet). It is not up to political movements, such as Zionism, to create a Jewish state. In that sense most of the strictly religious can be described as non-Zionist or anti-Zionist.

However, it would be a serious mistake to conclude from that premise that they are not concerned about criticism of Israel. Many of them see attacks on Israel as often representing a coded anti-Semitism. Indeed in that respect they share an assumption with many mainstream Jews.

“The haredi community cares about every Jew wherever they might be and anything that endangers Jewish people is endangering our brothers and sisters,” says Rabbi Gluck. “Sadly many of those who criticise people in the holy land are criticising people because they are Jewish.”

However, in some cases they might have a higher tolerance for criticism of Israel than some sections of the mainstream Jewish community. Eli Spitzer says that in his view the Jewish community is often hyper-sensitive in relation to criticism of Israel. “Anglo-Jewry in my opinion have gone over-the-top on too many occasions,” he says. “We need to be more grown up, more mature and we need to develop a more consistent formula.”

It should be clear by now that, just as with the mainstream Jewish community, there is considerable variation in how the strictly orthodox view anti-Semitism. Nevertheless the way they frame the problem and their social mores tend to differ markedly from other Jews. To get a more rounded understanding of anti-Semitism it is important to grapple with the differences within the Jewish community in how such questions are viewed. 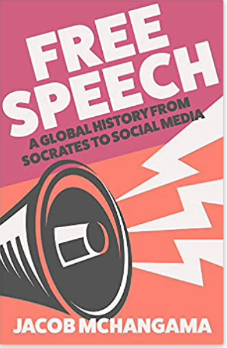 Book review in the Jewish Chronicle