Free Speech (Basic Books) is an impressive book on a subject of vital importance. It correctly regards free expression as foundational for all other liberties. Jacob Mchangama, a Danish lawyer and social commentator, covers the subject with both clarity and historical depth.

This review will focus on the discussion of what he calls the “Weimar fallacy”. That is the false claim that, if only Weimar Germany (1918-33) had clamped down on the emerging Nazi party, Hitler may not have taken power. That in turn, so the argument goes, could have meant that the Holocaust would not have happened.

This is a claim that, implicitly and occasionally explicitly, hangs over the contemporary discussion of anti-Semitism. It helps explain why so many opponents of anti-Semitism maintain that it is necessary to ban hate speech. It is widely accepted that, if the pledge of “never again” is to be realised, the poison of anti-Semitic ideas must be purged.

Indeed this was arguably the foundation for the system of what is sometimes called “militant democracy” or “defensive democracy” among other things. That is the idea that democratic governments must be prepared to act militantly against subversives. In other words it is necessary to put strict limits on liberal tolerance to enable democracy to defend itself.

As Mchangama rightly argues: “One of the most common and intuitively appealing arguments for limiting tolerance of intolerance – to paraphrase the Austrian philosopher Karl Popper – in modern democracies is the ‘Weimar fallacy’” (p3).

The problem with this argument, as Mchangama clearly shows, is that it is based on a false premise. There were numerous anti hate speech laws in Weimar Germany but they did not stop Hitler coming to power. On the contrary, if anything they helped the Nazis gain legitimacy among a substantial section of the German public.

It is true that article 118 of the Weimar republic Weimar constitution of 1919 stated that “no censorship shall be established”. But, in an uncharacteristic slip, Mchangama is wrong to argue that “free speech was fundamental to the Weimar republic” (P270).

It would be more accurate to argue that it incorporated the all-too-common notion of “We believe in free speech but…”. The “but” is the most important word in the sentence.

As Mchangama’s own work clearly shows the paper commitment to free speech was constrained by numerous caveats. Article 118 allowed for censorship of cinema, “indecent and obscene” literature, public plays and exhibitions. More importantly, article 48 of the constitution allowed for the suspension of fundamental rights, including freedom of speech, if public safety could be disturbed or threatened.

Nazi publications were frequently banned during the Weimar years. The Nazi party newspaper, the Völkischer Beobachter, was temporarily suspended many times for anti-Semitic excesses in the early 1920s. After Hitler’s failed coup attempt in 1923 both the Nazi party and its newspaper were banned until 1925. Most German states also banned him from speaking publicly between 1925 and 1927. But in retrospect Hitler concluded that on balance the ban was a benefit as it boosted his fame and popularity.

Two other newspapers, Joseph Goebbels’ Der Angriff (the attack) and Julian Streicher’s virulently anti-Semitic Der Stürmer (the striker) were also subject to what today would be called anti hate speech laws. The former had Bernhard Weiss, the Jewish vice president of the Berlin police force, as one of its favourite targets. But his attempts at legal action helped Goebbels portray the paper as the victim of a Jewish conspiracy to enslave the German people.

Streicher was pursued through the courts by several Jewish groups and individuals for his paper’s virulent anti-Semitism. He was convicted twice of violating laws on incitement but the move only seemed to bolster his popularity.

So even on a factual level the assumption that the Weimar republic allowed unrestricted free speech is untrue. On the contrary, there were numerous ways, some outlined above, in which free speech was restricted.

Those who want to tackle anti-Semitism today would do well to learn the real lesson of history. That is that anti-Semitism has to be challenged rather than supressed. Banning expressions of anti-Semitism only makes it harder to counter its pernicious influence.

Indeed a fundamental premise of this website is that free speech is not just desirable in principle but it is vital in practice to enable bad ideas to be challenged. That is one of the key points that distinguishes the Radicalism of Fools from most other contemporary writing on anti-Semitism.

For more on this topic:

· Jacob Mchangama has a podcast on the history of free speech called Clear and Present Danger. He has also written a Letter on Liberty for the Academy of Ideas on The Future of Free Speech.

· Key sources he cites include Karl Popper (particularly The Open Society and Its Enemies) on the limits to tolerance and Karl Loewenstein on militant democracy.

· Mchangama credits the term “Weimar fallacy” to Eric Heinze. [PS - Heinze himself has a new book out on free speech ].

· I have written a long read on “constrained democracy” and specifically on the German model for spiked. 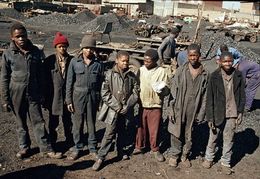 A different take on anti-Semitism