A rare but all the more welcome defence of free speech

It is not often that someone stands up for free speech nowadays so when it happens it should be celebrated. In this case the story involves a veteran German journalist arguing that protestors against Covid-related restrictions wearing yellow stars saying “unvaccinated” are "definitely not anti-Semitic".

Harald Martenstein, resigned as a columnist for Der Tagesspiegel, a liberal German newspaper based in Berlin, after his 6 February column on „Nazi comparisons“ was withdrawn by the publication.

The newspaper’s editor-in-chief wrote an explanatory statement  justifying the cancellation on the grounds the column did not meet the newspaper’s editorial criteria. These included the stipulation that all its articles should be based on research, knowledge and argument.

The statement said that the newspaper defended freedom of expression but was conscious of its limits. In other words it used the all-too-common "I’m in favour of free speech but …" defence of censorship.

In Martenstein’s original column – now available on his personal website    – he pointed to how frequently comparisons with the Nazi period are made nowadays. He cited Godwin’s law of Nazi analogies; an internet adage that states that: "As an online discussion grows longer, the probability of a comparison involving Nazis or Hitler approaches one."

Martenstein pointed out that political leaders such as Donald Trump, Vladimir Putin and Sebastian Kurz have all been compared to Hitler or the Nazi party. Indeed, the New Statesman, a British political weekly, once named Angela Merkel, Germany’s then chancellor, as "the most dangerous German leader since Adolf Hitler" .

The idea behind the Nazi comparison is to present political opponents as representing absolute evil. Its corollary is that the Star of David can be seen as the epitome of absolute goodness.

So the thrust of Martenstein’s argument was that it was unfair to single out Covid protestors for making such crude comparisons. It is a procedure that is widely used in contemporary political debates.

In a follow-up article on his website he stated that the protestors use of the yellow star was "stupid and oblivious to history". He reiterated that he stood by his original argument.

From a dispassionate perspective it is hard to fault Martenstein’s reasoning. The Nazi comparison is all too frequently made nowadays so it is unreasonable to single out one group of people for using it inappropriately. Essentially it is viewed as ok when mainstream figures harness it but not when such comparisons are made by opponents of government policies.

The ideal would be if such comparisons were not made at all. Political leaders and government policies should be judged on their own merits or failings rather than by dubious comparisons with absolute good and evil.

In this case Martenstein should be commended for upholding freedom of speech. It took considerable bravery to call out mainstream hypocrisy on a theme which is particularly sensitive in contemporary Germany.

But even when more dubious arguments are being made it is important that they are not banished from the public sphere. Free speech is the life blood of democracy. 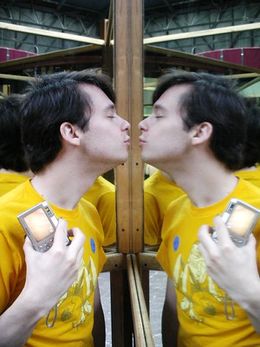