A striking feature of anti-Israel activism is its one-sidedness. There is an awful lot of name-calling against Israel but relatively little attention given to Palestinian rights.

Look, for example, at the BDS (boycott, disinvestment and sanctions) website for the UK. It is awash with naming and shaming of Israel as guilty of apartheid and settler colonialism. There are also detailed calls to get involved in academic, cultural and economic boycotts against Israel.

In contrast, the reference to Palestinians rights is skimpy. Admittedly the FAQ section does say that the campaign supports the right of the Palestinian people to “exercise its inalienable right to self-determination”. But references to Palestinian rights account for a small fraction of the material on the site.

It is also worth pointing out that BDS campaigners themselves often implicitly negate the Palestinian right to self-determination. Take, for instance, the common slogan “from the river to the sea” (that is from the River Jordan to the Mediterranean Sea). That has rightly been condemned as compatible with, at the very least, the expulsion of Jews from the area. But, little noticed, is that it is consistent with a call for an Islamic caliphate in the area rather than a nation state of any sort. That is why it is a favoured slogan of Hamas; the Islamist group that controls Gaza.

So it is much more accurate to describe BDS activists as anti-Israel rather than pro-Palestinian. Being against Israel has become a central part of their identity as supporters of (supposedly) radical politics. That is why they so like ostentatious displays of  Palestinian flag emoticons, flying Palestinian flags and wearing keffiyehs (Arab headdresses).

It is this identity aspect of anti-Israel activism that also helps explain why it is so prone to anti-Semitism. BDS activists cannot hold Israel to the same standards as any other nation because being anti-Israel is central to how they define themselves. Being anti-Israel is all too often their equivalent of being against sin.

For BDS supporters Israel has become one of the main sources of evil in the world rather than just a nation state with the normal flaws that entails. 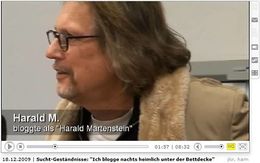