“They tried to stop us and look what it did, the thing I love most is being a … Y-word.” The recent publication by Tottenham Hotspur, the club I have supported since I was seven-years-old, has once again raised questions about the use of the “Y-word” as Tottenham now wants us to call it.

As a child, hearing the term Yid and Yiddo sung at Spurs led to many questions to my dad. In addition to asking what it meant, I was often uncertain if I was ok to sing it? As someone who is not Jewish, it was confusing identifying myself as being exactly that. Dad explained the story of our community and how we had taken a negative and turned it into a positive.

After a number of games I started to sing with the fans, blissfully unaware it could cause offence. Yet according to the club’s statement, many are. Now they want to drive it out of the ground and educate the fans as to why.

For me, they are doing it the wrong way around. I believe in education, but I also think the club are taking the wrong approach. Not only will it strip the club a huge chunk of its identity, I also think it will do little to tackle anti-Semitism.

Before I say why though, I do understand just how complex the issue is. I read many of the views of fans in the focus groups Spurs created as part of this “Y-Word review”.

One Jewish male, who is over 75, writes: “I’ve been going to Tottenham for 70 years.  I’ve seen the very, very good times and the bad times. I don’t believe that we should be using the Y-word. I’m Jewish and most of my Jewish friends… we accept it and I think most of the people that use it do not treat it as a racist term. They just think we’re the Y*ds, the Y*ddos. That’s the term for Spurs supporters. I don’t agree with it and I think if we could get rid of it, it would be wonderful. We don’t use other words which would be derogatory, it’s just the Y-word and I would like to see it got rid of.”

Another Jewish female, however, writes: "I’m an 83-year-old Jewess and I’ve been a Spurs supporter for 50 years. The Y*d word or the Y-word as we’re meant to call it was not originally offensive. It’s only offensive if it’s used offensively. It depends on context. I feel that we have taken ownership at Spurs and I don’t at all mind when we call ourselves the Y-Army. I think it’s rather splendid actually. I do mind it if you’re called an f**king Y or there are lots of different things that begin with f besides the usual one I mean, filthy and all sorts of ones, then that is deeply offensive but it needs the adjective with it. The word itself is just a shortened term of Yiddish and its Jude, a Jew, a German Jew is a Jüdin and the translation is Y*d really or Jew. I feel that we’re over sensitive about words all together nowadays having lived 83 years there are all sorts of words that we could use which have now been cancelled from the English language.”

These are just two very different takes, and I would recommend people take a look at the focus groups to understand just how divisive the word is. My problem is with Tottenham’s overall findings and their aim of moving forward.

For examples the club states: “We have already seen several sports entities and franchises make appropriate changes to nicknames and aspects of their identities in recognition of evolving sentiment.”

This just demonstrates a huge misunderstanding of the landscape. Washington finally (and rightly) removing Redskins from their name and Spurs fans chanting “Yid” as a form of positive self-identification are two entirely different things and to make a comparison is simply wrong.

Spurs go onto to write: “Supporters, especially those of a younger generation, are often unaware of the term’s meaning and its historical context when chanting it.” Not only is this down to parents, like my father to educate, but also the club. Be proud of our roots and educate. But rather possibly threaten expulsion for those who might sing in the future, continue embracing it.

I am not an expert on this at all, but by banning a word which has been used with such affection, for me simply seems to be sending out the wrong message. I remember speaking to my ex-editor, Daniel Ben-Ami, to see if he was offended by the use of the term, and the fact he wasn’t for me was a green-light that it was acceptable, for the reasons that have been stated before.

Yet Spurs conclude: “We shall be working to further outline the historical context of the term, to explain the offence it can cause and to embrace the times in which we now live to show why it can be considered inappropriate, regardless of context.”

The key is “regardless” of context. Yet in this case, context is everything.

Adam Lewis is a lifelong Spurs fan. These are his personal views. He once worked with me on a now long-deceased financial publication. 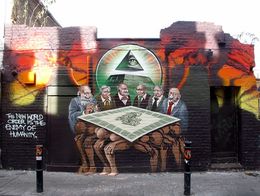