It is important to closely monitor statistics on trends in anti-Semitism but also to maintain a sense of perspective. In Britain, despite recent worrying news, there is good news as well as bad.

The bad news is that anti-Semitism appears to be rising. According to the Antisemitic Incidents Report 2021 published last Thursday by the Community Security Trust (CST), a charity that protects Jews from anti-Semitism and related threats, anti-Semitic incidents in 2021 were 34% up on the previous year.

The CST attributed the record 2021 figures to the spike in anti-Jewish incidents in May. That coincided with the peak in the recent round of conflict in Israel and Palestine.

Mercifully the most serious categories of anti-Semitism were relatively rare. There were three incidents of extreme violence last year (with the intention or potential to cause loss or life or grievous bodily harm) and 173 incidents of assault. Together these accounted for less than 9% of all incidents.

By far the most common form of incident was abusive behaviour which accounted for 82% of all incidents. This is a broad umbrella category that includes both verbal and written abuse.

The most recent report from the CRT follows on from more specific studies published last year. For example, in December, in conjunction with the Antisemitism Policy Trust, it published a report on anti-Semitism on Twitter in Britain. The report estimated that there were 495,000 explicitly anti-Semitic tweets per year made visible to users in Britain.

In July 2021 the CST published a report on The Month of Hate looking at the surge of anti-Semitism that coincided with the Israel-Gaza conflict a couple of months earlier. During that time the CST recorded an unprecedented number of anti-Semitic incidents (from 8 May to 7 June).

The CST emphasised that in its view most pro-Palestinian campaigning in Britain should be classified as legitimate political activism. As such, statistics related to such activity were not included in the report. Its focus was only on explicitly anti-Semitic incidents expressed in relation to the conflict in Israel and Gaza.

Such figures beg the question of what is the good news. It is easy to point to large numbers of anti-Semitic incidents and the trend appears to be rising sharply.

All instances of anti-Semitism should be condemned but it is important to put these figures in context. Britain had a population of 67m in mid-2020 according to the Office for National Statistics. And according to the Institute for Jewish Population Research (IJPR) the core Jewish population was 290,000 in 2016 while the enlarged Jewish population was 370,000 (definitions of what constitutes a Jew in statistical terms vary). But even taking the lower figure and comparing it to the number of anti-Semitic incidents in 2021 that means, in rough terms, an average of one incident last year for about every 129 Jews.

In fact research by the IJPR in 2017 on Antisemitism in Contemporary Britain confirms that anti-Semitism in Britain is not widespread. The details are complex – it is worth looking at the report – but it concluded that “about 5% of the general population can justifiably be described as anti-Semites”. That is people who hold a wide range of negative attitudes towards Jews. The number who hold just one or two anti-Semitic ideas is of course larger.

Statistics on social behaviour and attitudes are never perfect. However, the general picture in Britain today seems to be that the number of anti-Semitic incidents is rising but from a relatively low base.

This still leaves many questions open. For example, are particular sections of the Jewish community particularly vulnerable to anti-Semitism. It seems likely that those who are visibly Jewish, such as the Haredi (ultra-orthodox) community, are hit relatively hard.

There is also the question of whether particular communities are especially prone to holding anti-Semitic attitudes. For example, a report by Rakib Ehsan of the Henry Jackson Society, a think tank, on Muslim Antisemitism in Contemporary Britain found that, on average, Muslims were more hostile to Jews than are the general population. The report also found that those Muslims who are more socially integrated with the general population tend to be less prone to anti-Semitic attitudes. Once again, it is worth looking at the report in more detail as this is a complicated area.

I hope to look at trends in anti-Semitism in other countries in future articles.

Photo: "The New World Order is the enemy of humanity" by duncan 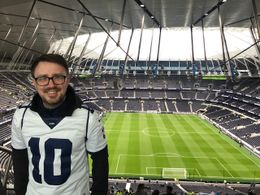