Although this website is focused on ‘anti-Semitism’ the term itself is deeply problematic. At the very least it should be complemented by a consideration of what could be called ‘anti-Judaism’. The latter category is much broader than the former.

Anti-Semitism refers to hostility against or prejudice towards Jews. It was coined or at least popularised by (accounts vary) Wilhelm Marr (1818-1904), a German journalist. The term ‘Semitism’ is essentially a racial one inspired by the idea that Jews are the descendants of Shem (the oldest son of Noah, of Noah’s ark fame, in the book of Genesis).

Marr’s 1879 book The Victory of Judaism over Germanism was hostile to German liberalism for allowing Jewish emancipation. He argued that it had enabled Jews to take over German finance and industry. So the term ‘anti-Semitism’ owes it existence to someone who was steeped in racial thinking and hostile to Jews.

Anti-Judaism, in contrast, is a way of thinking about the world that understands Judaism as a category that is important and sometimes dangerous. In this view Judaism is sometimes the very thing that needs to be overcome to perfect the world or the individual. David Nirenberg, a professor of history at the University of Chicago, outlines the concept in the video below.

Historically “Judaism” was associated with several different things. This included placing too much emphasis on the law or the material world. Eventually capitalism and private property came to be seen in Christian culture as Jewish since Jews had historically played a key role in finance. In that sense anti-Judaism represented not just a negative attitude towards Jews but also a flawed way of engaging with the world.

The fact that anti-Judaism tended to see Judaism in symbolic terms did not mean it was free of consequences for real Jews. On the contrary, Jews have often faced hostility because they somehow became associated with capitalism and modernity. Indeed a key advantage of using the concept of anti-Judaism is that it can help explain hostility to Jews even where few if any exist. Jews constitute a tiny proportion of the world’s population yet they have historically suffered from disproportionate hatred.

The concept of anti-Judaism helps understand that Jews were not simply scapegoats for social problems. They suffered as a result of their association with a distorted way of grappling with the world.

David Nirenberg develops the concept in much more detail in his book on Anti-Judaism. Although his main focus is on Christianity he argues that anti-Judaism also played a role in the religion of Islam ( as opposed to Islamism as a political movement which I will explore in another article soon).

However, he bases the concept on the argument made by Karl Marx in his 1843 essay On the Jewish Question (Zur Judenfrage). The piece is much derided today because it includes passages that sound anti-Semitic to modern ears. But Marx’s essay – which was written several decades before the concept of anti-Semitism was popularised – contains insights which remain worth pondering.

Isaac Deutscher, a Polish-Jewish writer, succinctly summed up Marx’s argument in his 1958 essay on The non-Jewish Jew. It argues that Marx saw: “Judaism as the religious reflection of the bourgeois way of thought, he saw bourgeois Europe as becoming assimilated to Jewry”. Deutscher goes on to argue that Marx’s ideal “was not the equality of Jew and Gentile in a ‘Judaized’ capitalist society, but the emancipation of Jew and non-Jew alike from the bourgeois way of life”.

Marx was of course writing in the nineteenth century so in important respects things have moved on since then. Nevertheless the implications of his thinking on this question are striking.

Unfortunately ‘anti-Semitism’ as a term is so widely used it is hard to ditch it. Ideally there would be a different word specifically to describe hatred towards Jews. But the broader concept of anti-Judaism helps to explain why hostility to Jews has been so prevalent historically. It also sheds light on how the negative effects of capitalism and modernity can easily be misconstrued. 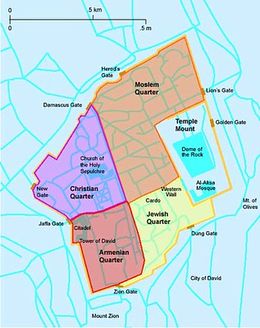 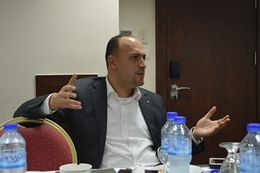