Those who follow the news the Israeli or Palestinian news could not fail to miss the violent clashes on last Sunday’s Israeli ‘flag march’ through Jerusalem. It included young Israeli extremists clutching Israeli flags while attacking local Palestinians and journalists. The heavily armed Israeli border police were generally more sympathetic to the marchers than with the Palestinians in the area.

As is normally the case the discussion of the events was highly polarised. On one extreme were anti-Israel activists who proclaimed it incontrovertibly proved the racist character of the Israeli state. On the other, the most hard core supporters of Israel simply ignored the trouble that erupted on the day or blamed it all on Palestinians.

Inevitably those who do not follow the conflict closely did not have the historical background to properly grasp what happened. So that is a good place to start.

The flag march happens every year on what Israel designates as Jerusalem day. It celebrates Israel’s capture of the whole city in the Six Day War of June 1967. From 1948 it had been physically divided with West Jerusalem in Israeli hands while the old city and East Jerusalem were controlled by Jordan. The old city, which covers only about one square kilometre, contains holy sites for Christians, Jews and Muslims.

From an official Israeli standpoint the whole of Jerusalem is an integral part of Israel (although in 1967 it agreed that an Islamic trust, the waqf, would administer the holiest Muslim sites). The city was officially annexed shortly after the Six Day War. In contrast, from an official international perspective, the old city and East Jerusalem are viewed as part of the occupied West Bank.

Jerusalem Day (which is timed according to the Jewish calendar rather than the standard Gregorian one) is therefore inherently contentious. Although most Israelis support a unified Jerusalem the claim is hotly disputed by others.

Having said that, the flag march has been going on in different forms since 1968. Every year the marchers walk through the old city to the Western Wall, the holiest Jewish site. It is only relatively recently that it has become a focus for intense conflict.

There are at least two reasons why it has become particularly controversial. First, on the Israeli side, groups such as Lehava, a far right and explicitly racist group, have made it a focus for their activity. Many of their supporters, judging from the ample video footage, are boys in their early teens. Some were chanting slogans such as “death to the Arabs”. Fortunately no one was killed on the day although there were reports of hundreds of injured.

The extremists marched through the Damascus Gate in the north then through the Muslim quarter of the old city before reaching the Western Wall. This route was viewed by many observers as particularly provocative. The march following the alternative route, through the Jaffa Gate in the west to the Western Wall via the Armenian and Jewish quarters, passed off peacefully (see map above).

Second, and less commented upon in this context, is that Islamists have made Jerusalem the symbolic centre of their struggle against Israel. In particular they claim that Israel is conspiring to take over the Islamic holy sites such as the Al-Aqsa mosque and the Dome of the Rock. For that reason Islamist activists often throw rocks and fire bombs not just at the Israeli police but civilians too.

Of course Palestinians have always attached symbolic importance to Jerusalem. But when Palestinian nationalists were to the fore it was primarily as a potential capital for a future Palestinian state (either as part of a two-state solution or a secular democratic state). For Islamists such as Hamas, which currently controls the Gaza strip, it represents a central part of what it defines as its “struggle against world Zionism”.

Indeed it is worth quoting the Hamas covenant more fully to get a flavour of its conspiratorial worldview: “The Islamic Resistance Movement [the translation of the full Arabic name for Hamas] calls on Arab and Islamic nations to take up the line of serious and persevering action to prevent the success of this horrendous plan, to warn the people of the danger emanating from leaving the circle of struggle against Zionism. Today it is Palestine, tomorrow it will be one country or another. The Zionist plan is limitless. After Palestine, the Zionists aspire to expand from the Nile to the Euphrates. When they will have digested the region they overtook, they will aspire to further expansion, and so on. Their plan is embodied in the ‘Protocols of the Elders of Zion’ [a notorious anti-Semitic forgery from 1903], and their present conduct is the best proof of what we are saying.”

So Hamas takes the classic anti-Semitic view that “world Zionism” is engaged in an international conspiracy for world domination. The Islamist organisation’s proposed solution is avowedly genocidal. For example, it says that “Israel will exist and will continue to exist until Islam will obliterate it”. It then approvingly quotes a passage it attributes to the prophet Mohammed:

"The Day of Judgement will not come about until Moslems fight the Jews (killing the Jews), when the Jew will hide behind stones and trees. The stones and trees will say O Moslems, O Abdulla, there is a Jew behind me, come and kill him. Only the Gharkad tree, (evidently a certain kind of tree) would not do that because it is one of the trees of the Jews."

So how does all of this background throw light on the flag march itself?

For a start it should be acknowledged that a significant far right minority is gaining ground in Israeli society. In that respect a comment by Yaakov Katz in the Jerusalem Post was notable not just because of what it said but because of who said it and where it was said. The Jerusalem Post is a mainstream publication, roughly akin to The Times in Britain, and Katz is its editor-in-chief. Yet he tweeted the article with the following comment: “It pained me to write this but after spending a good part of the day at Damascus Gate, there is a sad conclusion we cannot ignore: Israel has a racism problem and it rears its ugly head on Jerusalem Day.” (see full tweet below).

Katz noted that polls indicate that Itamar Ben-Gvir, an extremist far right politician, would get six seats if he headed a party in a general election. Under Israel’s civil list electoral system that would mean his party would get about 5% of the vote.

Nevertheless it is important to put the behaviour on the flag march into its proper context. For a start the explicit racists did not represent the whole of the march let alone all of Israeli society. It is also notable that Naftali Bennett, the Israeli prime minister, condemned  what he described “an extremist group” which he said Israel would deal would “deal with to the fullest extent of the law”. Some may doubt his sincerity but he was not obliged to make such a statement.

This is contrast to the way that anti-Israel media outlets and activists tend to treat the conflict over Jerusalem and in the area more widely. They are quick to condemn the whole of Israel as “an apartheid state” or a “colonial settler state” – labels I happen to reject - without recognising the grave shortcomings of Hamas. They even routinely accuse Israel of genocide – that is trying to systematically eliminate the Palestinians – when all the evidence is to the contrary. The Palestinian population has grown enormously over the years. Yet the Hamas covenant, a document never rescinded, explicitly advocates the extermination of Jews.

The truth is that in the conflict over the flag march, as with the Israel-Palestine conflict more generally, no one is blameless. But there is a greater acknowledgement on the Israeli side of its shortcomings. On the other hand, anti-Israel activists are quick to engage in name-calling against Israel but steadfastly refuse to acknowledge the overt evil of Islamism. Given that the evidence of a genocidal anti-Semitism on the part of Hamas is easily available there is no excuse for this omission. 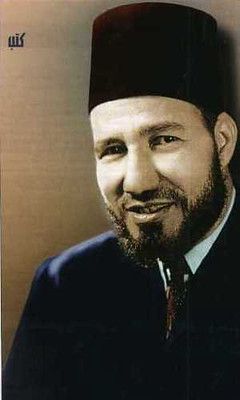 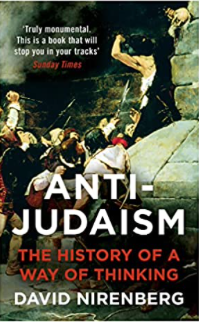