This week’s repeated anti-Semitic comments from the Russian foreign ministry have a more prosaic explanation than most commentators seem to have assumed. But that does not mean anti-Semitism is not a significant force within the Russian elite.

The furore started on Monday when Sergei Lavrov, the veteran Russian foreign minister, told the Italian Rete 4 TV channel that Hitler had Jewish origins. He then went on to add that "For a long time now we've been hearing the wise Jewish people say that the biggest anti-Semites are the Jews themselves". The context was a question about how Russia could claim to be “denazifying” the Ukraine when its president, Volodymyr Zelenskiy, is himself Jewish.

The next day the Russian foreign ministry doubled down on Lavrov’s comments. In response to a sharp criticism from Yair Lapid, the Israeli foreign minister, it released a statement accusing Israel of supporting what it called “the neo-Nazi regime in Kyiv”.

Many western leaders, as well as those of Israel, rightly condemned Lavrov’s comments and those by his ministry.

Many others also slammed Lavrov. Melanie Phillips, a British commentator, argued that:  “Lavrov’s preposterous attempt to make Jews and Nazis interchangeable was prompted by the fact that Zelensky’s Jewish identity exposes as a lie Russia’s claim to be de-Nazifying Ukraine.”

She then went on to argue that “the foreign minister’s comments contributed to fears that Russia is reviving Soviet-era antisemitism as a response to the crisis provoked by its aggression.” Others have pointed to old Soviet era claims of a secret relationship between Nazism and anti-Semitism.

Elissa Bemporad, a fellow at the United States Holocaust Memorial Museum and an expert on East European anti-Semitism tweeted a thread which included the claim that “Lavrov's outlandish comments re Hitler's Jewish blood and Jews being among the worst antisemites were not improvised but carefully and strategically planned, mostly for domestic consumption”.

No doubt both were right to argue there is a deeper well of anti-Semitism in Russia but both missed the specific context for the remarks. They did not take into account Lavrov’s particular role or the importance of the timing.

For a start they were made by Lavrov, the foreign minister, rather than a domestically-oriented politician. That alone calls into question the claim that the comments were made mainly for consumption at home. And given that he assumed office in 2004, so is hugely experienced, it is almost inconceivable they were a mere slip of the tongue.

Moreover, as Barak Ravid, an Israeli expert, has noted Lavrov’s remarks followed a recent shift in Israeli policy in the Ukraine-Russia conflict. For more than two months Israel muted criticism of Russia because it wanted to ensure military cooperation in neighbouring Syria (where Russia has military forces). There was even talk of Israel acting as a mediator between the two warring European states but recently Israel has swung to a more pro-Ukrainian position.

This explanation for Lavrov’s outburst is given added credence by the fact that a delegation from Hamas, the Islamist movement that controls Gaza, also arrived in Russia on Tuesday.

In addition, Vladimir Putin, the Russian president, has let it be known that he is sorry for Lavrov's remarks about Hitler having Jewish blood (although it is notable the apparent apology came indirectly in a statement via the Israeli prime minister’s office). That adds even more weight to the argument that the Russian foreign minister’s outburst was geared more towards international than domestic consumption.

None of this is to excuse Lavrov’s remarks. On the contrary, the fact that they were calculated and cynical if anything makes them worse.

The whole affair is probably another indication that Russia is becoming desperate after getting bogged down in a protracted war with the Ukraine. It also raises the worrying possibility of the Middle East becoming inadvertantly involved in greater confict involving Russia. 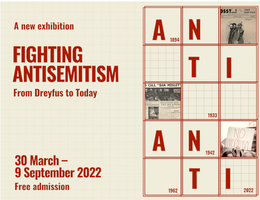