Critics of Israel often refer to it as if it is an enormously powerful global force. Few take the trouble to take to check if such claims accord with reality. If they did they would discover that, in geopolitical terms at least, Israel is way down the world rankings.

The best and most easily available single source on such comparisons is the CIA World Factbook. It ranks 256 countries and territories but towards the bottom of the league table many of them are tiny. Also many indicators are highly concentrated. For example, a relatively small number of big countries account for by far the bulk of global economic output. The same is true of population.

In relation to Israel the key figures are as follows:

In terms of land area Israel is 152nd in world.  That ranks it below the likes of Djibouti and Belize. In American terms it is slightly larger than New Jersey.

In terms of population Israel only ranks 98th in the world at almost nine million. Of these 74% are Jewish and 21% Arab. Its total population ranks below the likes of Belarus, Honduras, and Tajikistan.

There is a lot of talk about Israel’s high-tech sector but the overall size of its economic output (GDP measured at purchasing power parity) only ranks it as 50th in the world.  That makes it smaller than Czechia, Iraq and Peru.

In relation to military power - the indicator by which Israel is strongest in relative terms- Israel ranks 19th in the world according to the 2022 Global Firepower Index. That is enormously high relative to its population or GDP but does not even make it a middle-ranking military power in global terms. Even in the Middle East is still ranks below such regional powers as Egypt, Iran and Turkey:

Clearly such figures do not constitute a moral defence of Israel - that is another discussion. But they unequivocally show that it is a geopolitical minnow rather than the immensely powerful force it is often assumed to be.

Of course those who accept the anti-Semitic canard of the immense power of a global Jewish conspiracy will not be convinced by such figures. The hard core supporters of this position are beyond rational debate. They are irredeemably attached to the anti-imperialism of fools.

PS - 3 August 2022. In terms of ranking total geographical area I have belatedly readised the CIA ranking is a bit misleading as it includes entries for the world's oceans and Antartica. Nevertheless the substance of the comparison - that Israel occupies a tiny area in geographical terms - still holds.  In terms of economic output Israel ranks at about 30th globally according to the International Monetary Fund if measured in terms of current prices. However, I hold to the view that purchasing power parity is a better way of making country comparisons. 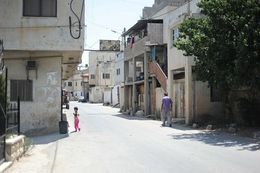 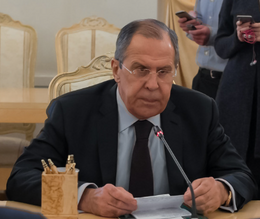