The truth about the tragic killing of Shireen Abu Akleh, a veteran Al Jazeera journalist, will probably never be known for certain. Nevertheless the discussion of the case raises broader questions about how politics should be understood.

At least a few of the basic facts are uncontested. Abu Akleh was shot in the face on the outskirts of Jenin; a Palestinian city on the northern West Bank. She was wearing a clearly marked press jacket and helmet.

It is also undisputed that Jenin has a reputation as a stronghold for Palestinian militants (Israelis of course generally view this as a negative while for many Palestinians it is a positive). Israeli troops were in the area when Abu Akleh was shot. The Israel army has been conducting raids on the town following a wave of attacks on Israelis in recent weeks.

There are two main points of contention. First, the identity of the shooter. The official Palestinian line is that it was an Israeli soldier while Israeli official sources, while not ruling out that possibility, have suggested there could be an alternative explanation. For example, she could have been accidentally shot by a Palestinian gunman. Israel claims armed Palestinian militants were operating in the area at the time while Palestinian sources deny this.

Second, there is the question of whether she was targeted deliberately. The anti-Israel line is that she was murdered (that is killed with intent rather than accidentally). The claim is that this is just one of a long line of targeted Israeli actions against the media. Israel strenuously denies it has any policy of killing journalists or curbing their lawful activity.

The natural place to start questioning what really happened is the gruesome video of the aftermath of the shooting (available here). But although it brings home the horrific character of the event it gives no clue as to who was responsible. The video starts after she was shot and there are no gunmen, Israeli or Palestinian, in sight. Shots can be heard in the background.

The next step is to consider the eyewitness statements from Palestinian journalists on the scene. One comes from Ali Al-Samoudi of Al Jazeera who was wounded in the shooting. His video testimony is available to watch here. My take on it, having watched it carefully several times, is that, despite his assertion at the start, it does NOT quite say he saw an Israeli soldier firing the shots. From his account the group of journalists passed Israeli army patrols, walked an unspecified distance to a road where there were no armed people, then were struck by gunfire. Because he saw no Palestinian gunmen in the area he ASSUMES the shots came from the Israeli soldiers. His premise may be right but it seems to me it is an assumption rather than, strictly speaking, an eye witness statement. I doubt it would pass the test of being beyond reasonable doubt in a court of law.  You can watch the video and judge for yourself.

Shatha Hanaya, another Palestinian journalist who was on the scene, gave her account of the killing to Middle East Eye magazine. Despite assertions elsewhere that Israeli soldiers were responsible for the killing her account is similar to that of Ali Al-Samoudi. The group of journalists moved beyond an Israeli army patrol then in her quoted words:

“When no warning shots were fired at us, we moved uphill towards the camp.

“Out of nowhere, we heard the first gunshot.

“I turned around and saw my colleague Ali al-Sammoudi on the floor. A bullet hit him in the back but his wound was not serious and he managed to move away from the fire.”

The phrase “out of nowhere” clearly suggests to me that she did not see the gunman. She simply assumed it must be an Israeli soldier.

Yet despite this room for doubt Al Jazeera, a news organisation with a clear political agenda (like many others), quickly condemned the killing as a deliberate assassination. In a statement it said:

“In a blatant murder, violating international laws and norms, the Israeli occupation forces assassinated in cold blood Al Jazeera’s correspondent in Palestine, Shireen Abu Akleh, targeting her with live fire early this morning, Wednesday, May 11, 2022, while conducting her journalistic duty, clearly wearing a press jacket that identifies her a journalist, covering the Israeli occupation forces storming of Jenin refugee camp in the West Bank.”

Yet, even on the basis of a careful reading of testimonies by Palestinian journalists, it is a struggle to see how the shooting can be accurately described as “blatant”. There is significant room to doubt whether the purported eyewitnesses even saw the shots being fired. And Al Jazeera certainly had no time to gather evidence to prove it was an assassination.

Hagai El-Ad, the executive director of, B’Tselem, an Israeli human rights organisation, argued that “it was absolutely inconceivable” that the video distributed by the IDF could have shown the moment Abu Akleh was shot. He pointed out that there was no line of sight from that location to the location of the killing. It took a researcher a few minutes to walk from one location to the other. Al-Jazeera broadcast this claim and it has been repeated by many activists.

But the B’Tselem claim was itself disingenuous. Israel did not say that the video of the person firing showed the actual shot that killed Abu Akleh. Only that there were Palestinian gunmen operating in the area at the time and some of the militants wrongly boasted that an Israeli soldier had been shot.

In this context it is worth noting that B’Tselem, like Amnesty International, acts as a quasi-political organisation rather than in a way that most people would consider  objective. Both have made the political (and as I have argued dubious ) claim that Israel is an “apartheid state”. In this context it is notable that Amnesty International itself rushed to say definitively that Israel was responsible for a deliberate killing. Its statement on Facebook said that: “The killing of veteran journalist Shireen Abu Akleh by Israeli forces is a bloody reminder of the deadly system in which Israel locks Palestinians.”

In any case Israeli later backtracked from talking about possible Palestinian gunmen and later focused on arguing that there should be an independent investigation into the killing.

I should emphasise at this point that I certainly think it is possible that Abu Akleh was shot by a stray Israeli bullet. Despite claims by Aviv Kohavi, the Israeli chief of staff, the IDF, even in its elite units, sometimes acts in an ill-disciplined manner. Just think of the chaos in Tel Aviv a few weeks ago when the Israeli security forces were searching for terrorists. And even if the IDF force in this case was entirely disciplined it is still possible one of its soldiers shot Abu Akleh accidentally.

On the other hand, it seems to me that many of the criticisms of Israel show a strong confirmation bias. Many are hostile to Israel – which they are entitled to be – so they assume in this case that it must be responsible for the killing. But that is not how true justice works.

There is certainly a lot of bad faith in the criticism of Israel. Take this particularly  egregious example  from US congresswoman Rashida Tlaib from an Al Jazeera TV interview: “We need to investigate, ourselves, the killing of an American citizen. Somebody that was out there being a guardian of truth and doing her job was murdered by an apartheid government that we continue to fund with unconditional aid.” In one sentence she demands an investigation and in the next asserts that Abu Akleh was “murdered by an apartheid government”. This begs the question of why there should be an investigation if the outcome is already certain.

Unfortunately it is almost inconceivable under such circumstances that the truth about Abu Akleh’s killing will ever be known with any certainty. Too many people are invested in a particular narrative for that to be the case.

What broader lessons can be drawn from the tragic affair? Perhaps the main one is to try to resist confirmation bias. Rather than prejudge particular events it is necessary to examine them carefully. Even if the outcome is viewed as unsavoury it should be reported honestly.

It is also important to resist the temptation to draw sweeping conclusions from one tragic event or image. For example, it is all too common to see video clips posted on twitter with captions saying something along the lines of “this proves x”.

But the conflict between the Israelis and Palestinians is complex and tragic. It cannot be reduced to one or even multiple images. To understand it properly means making a concerted effort to try to see the whole picture. That includes, among other things, the denial of national rights to the Palestinians and the importance of Israel as a reaction to the scourge of anti-Semitism.

That is why the Radicalism of Fools places so much emphasis on trying to understand history. No single event, however tragic, can give the full picture. 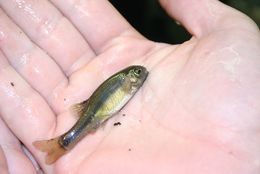