One of the key tasks I have set myself this year is to examine the arguments around anti-Semitism in more depth. That is both those used by anti-Semites themselves and the limitations of the counter-arguments deployed against them.

With this in mind I set off to read How to Be An Antiracist (first published in 2019) by Ibram X. Kendi, a black studies professor and anti-racist activist. The work is one of the most popular texts on what is sometimes called critical race theory. It may not be the deepest work in the genre but it has sold over one million copies.

I should emphasise at the start that there is no evidence that Kendi has any personal animosity towards Jews. On the contrary, both of the two passing references to Jews in the text were neutral in tone. But this neutrality is central to my argument in this case rather than contradictory. My point is that the acceptance of its key premise helps predispose readers to anti-Semitism even if they have no underlying hostility to Jews.

To understand this point it is necessary to unpack the core argument of the book. Kendi wants racism and anti-racism to be understood in terms of equity rather than equality. The two concepts sound similar but on closer examination it should become clear that they are fundamentally opposed.

The notion of anti-racism favoured by the American civil rights movement of the 1950s and 1960s held that people should all be treated equally. They should have equal rights in relation to, for example, voting and education regardless of their skin colour.

This idea of equality reflects the views developed in the Enlightenment or Age of Reason of the 17th and 18th centuries. Enlightenment thinkers widely held the view that people were all born equal. Individuals were morally equal and they were entitled to be treated with equal dignity.

This was apparent, for example, in the American Declaration of Independence of 1776 with its famous declaration that “all men are created equal”. From this premise it followed that everyone was “endowed by their Creator with certain unalienable Rights”. In other words, the concepts of freedom and equality were seen as closely linked.

If there was a problem it was not with the ideal itself but that in practice it was often only applied to whites (the discussion of women’s rights is one for another time). This discrepancy was most glaring in relation to American slavery and subsequent discriminatory laws such as Jim Crow. Although American politics upheld the principle of equality it was shockingly inconsistent in its application.

From this perspective the fundamental goal of the civil rights movement was to make sure that the promise of equality was fully realised. Both blacks and whites should be free to enjoy the full set of rights available to American citizens. Government, on either a federal or state level, should not discriminate between them.

This approach is often referred to as ‘colour blind’ because it holds that people should be judged by their intrinsic qualities rather than their skin colour. It is most commonly associated with Martin Luther King (1929-1968), a leading American civil rights leader of the twentieth century. Most famously it was expressed in his “I have a dream” speech at the Lincoln Memorial in Washington DC on 28 August 1963 (also see video below).

Yet it is precisely this notion of anti-racism that is the main target of Kendi’s book. In his view “the language of color blindness – like the language of ‘not racist’ – is a mask to hide racism” (p10). He goes on to argue that “the most threatening racist movement is not the alt right’s unlikely drive for a White ethnostate but regular America’s drive for a ‘race-neutral’ one” (p20).

Kendi is well aware of King’s I Have a Dream speech. In the first chapter of the book he relates how he used to view it fondly. But Kendi goes on to argue that King changed in the final years of his life from a colour blind view to what he claims was “the actual King” (p179).

To make his case about King’s supposed transformation Kendi leans heavily on a speech the civil rights leader gave in Atlanta in 1967. There King argued that “we must no longer be ashamed of being black” (p104 of Kendi’s book) and that “As long as the mind is enslaved, the body can never be free” (also p104). Later on. Kendi points to a passage from the same speech in which King linked racism with the problems of economic exploitation and war (p156).

Of course King would have been perfectly entitled to change his position but it is striking that these quotes do not contradict his 1963 speech. They are completely compatible with a colour blind approach to racism. Kendi seems to want to claim King’s mantle while simultaneously rejecting his understanding of equality.

Kendi’s alternative to equality in the Martin Luther King sense is equity. In the first chapter he defines the concept as follows: “racial inequity is when two or more racial groups are not standing on an approximately equal footing” (p18). As an example he points to the situation in America in 2014 when 71% of white families lived in owner occupied homes. This compared with 45% for what he calls ‘Latinx’ (Hispanic) families and 41% of black families.

“White privilege” in Kendi’s view must be tackled by transferring resources from the better off group to the poorer one. He acknowledges that some whites are wealthier than others but nevertheless argues that all whites enjoy privilege to some degree. It is therefore completely legitimate, in his view, to discriminate against them.

There are several problems with Kendi’s line of argument. His premise that inequalities necessarily prove racial discrimination is false. Social inequalities can exist for many reasons or as a result of a combination of factors. For example, the black population could have a lower rate of home ownership because it is on average younger, more working class or contains more migrants.

Kendi also ignores the role of social class in this context. There are affluent elites in both the black and white populations who benefit from the existing order. There are also many whites who are badly off. Poverty is not confined to blacks even though they may suffer disproportionately. Kendi’s model is incredibly simplistic.

Affirmative action is also deeply divisive. Think about, for example, a policy that involves taking resources away from poor whites and transferring them to blacks. It is hard to think of an action more likely to provoke animosity between the two groups. In this zero-sum worldview there is little prospect of expanding the economy to benefit everyone.

Once Kendi’s line of argument is spelt out it also becomes apparent how Jews can be uncomfortably slotted into it. If they are, or even if they are assumed to be, particularly affluent that can only be because they have unfairly benefited. This is at the root of the poisonous idea that Jews are beneficiaries of ‘hyper-white’ privilege. This notion is not in Kendi’s book but it can easily be drawn from its crass premises.

It is also worth noting that, although I have used Kendi as exemplifying the woke argument on race he is hardly alone. On the contrary, in America the Biden administration has completely bought in to the idea of equity. Discrimination is viewed as morally positive as long as whites are the ones who lose out.

It would be far better if the importance of the old colour blind notion of equality had been upheld instead. With the benefit of hindsight there was only a relatively brief moment – just a few decades - when it held sway. Once it was widely viewed as legitimate to discriminate against blacks now it is sees as reasonable to discriminate against whites. Jews, often perceived as hyper-white, are fair game in the woke world view.

In the context of anti-Semitism the conclusion to King’s “I have a dream” speech is instructive. Although his focus was, quite properly, the plight of American blacks, it does explicitly mention Jews. In King’s view they should be part of a better world in which everyone, regardless of their skin colour or religion, is treated equally. His conclusion repays quoting in full:

“[W]hen we allow freedom ring, when we let it ring from every village and every hamlet, from every state and every city, we will be able to speed up that day when all of God's children, black men and white men, Jews and Gentiles, Protestants and Catholics, will be able to join hands and sing in the words of the old Negro spiritual:

“Thank God Almighty, we are free at last!” 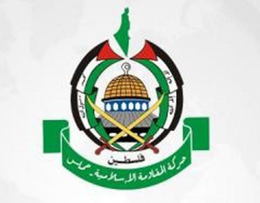 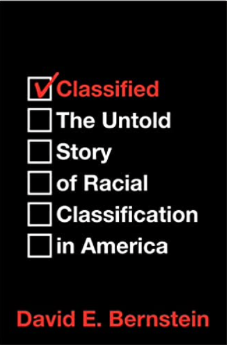