Few understand that the rise of Hamas and other Islamist movements has fundamentally reshaped the Israeli-Palestinian conflict. It can no longer be seen as a relatively straightforward battle between two sides over competing rights to national self-determination. Since the 1990s it has become a clash between three sets of actors one of which sees itself as fighting for a global Islamic order ( nizam Islami ). Although Hamas reserves its most vehement hatred for Israel it is seldom recognised that it is opposed to nation states in principle.

I first made this argument in a spiked article in May 2021 but it has not gained ground since. In the West the conflict is still overwhelmingly understood as involving two competing national claims. From that premise many decide that they will support one side or the other. Alternatively others call for a compromise between the two nations. Hardly anyone is willing to consider the possibility that Hamas’s rise to prominence among Palestinians has changed the character of the conflict.

One way to help understand this point is to take a specific example. Here Jeremy Corbyn, the former leader of Britain’s Labour party, is an instructive case. Although he is yesterday’s man in British politics his ideas repay examination as they exemplify some of the most entrenched confusions in this area.

During last year’s football World Cup in Qatar he celebrated the fact that so many fans waved the Palestinian flag and chanted for “free Palestine”. Although few western commentators noticed this phenomenon it was widely recognised in the Arab world and beyond as well as by anti-Israel activists ( a video on this theme can be seen here ). In response Corbyn tweeted that “it’s heartening to see the global scale of support for Palestinians in their struggle for self-determination”.

Corbyn’s key mistake made there was to assume that waving Palestinian flags or making related chants necessarily signal support for Palestinian self-determination. ‘Necessarily’ is the key word in the sentence. Those who favour Palestinian nationhood certainly do use flags as a symbol but they can also symbolise something else entirely. The meaning of any flag or chant depends on the context.

For Islamists the Palestinian flag is a symbol of the struggle against Israel, which they consider an abomination, and their hatred for Jews more generally. Being against Israel might sound synonymous with supporting Palestinian freedom but reality is considerably more complex. A central belief of Islamism is the need to struggle against the Jews as what it sees as representative of cosmic evil. The battle to annihilate Israel, along with its Jewish inhabitants, is viewed by Islamists as central to this battle.

This point would be better understood if more people took the trouble to read the Hamas covenant of 1988. For a start its overtly genocidal attitude towards Jews is openly spelt out. It approvingly quotes the prophet Mohammed calling for the murder of Jews: "The Day of Judgement will not come about until Moslems fight the Jews (killing the Jews), when the Jew will hide behind stones and trees. The stones and trees will say O Moslems, O Abdulla, there is a Jew behind me, come and kill him.” It should be noted that, although Hamas rhetoric is often nowadays toned down for a western audience, the covenant has never been rescinded. Meanwhile, Hamas pronouncements in Arabic still often feature blood-curdling calls for the murder of Jews.

Even less well understood is the hostile attitude of Hamas to Palestinian national self-determination. The organisation, which started off life as a branch of Egypt’s Muslim Brotherhood, sees the area as an Islamic endowment rather than as a sovereign national territory: “Palestine is an Islamic Waqf [a charitable trust] land consecrated for Moslem generations until Judgement Day.” This helps explain is focus on the Islamic holy places in Jerusalem as symbolic of its religious struggle against the cosmic evil of the Jews.

In other words the destruction of Israel is seen as an essential step towards the ultimate goal of achieving Islamic unity (see John Calvert Sayyid Qutb and the Origins of Radical Islamism ). Hamas shares with other Islamist movements the aim of creating a transnational Islamic order or what is sometimes referred to as a Caliphate (for an example of a recent such pronouncement from Hamas see the video below). It is an aspiration that at least some of those who were waving Palestinian flags at the World Cup were no doubt supporting.

Yet Corbyn, probably through ignorance or intellectual laziness, failed to grasp the character of Islamism. That helps explain why in 2009 he described Hamas and Hezbollah (the dominant Islamist group in Lebanon) as “friends” . Several years later he said he regretted using the phrase but he stopped short of making an apology. However, it is hard to imagine him describing a white British group with openly murderous anti-Semitic attitudes in such a way. On the contrary, he would no doubt denounce them as fascists or Nazis.

It is for such reasons that I normally refer to activists in the West as anti-Israel rather than pro-Palestinian. Their main focus is typically expressing animosity towards Israel rather than solidarity with Palestinians. Such activists often see themselves as globalists, opposed to national borders, and therefore hostile to national self-determination. They also tend to mistakenly see Israel – a tiny state in geopolitical terms  – as a powerful imperialist force in the Middle East. Indeed, as I have previously argued, there is far more overlap between Islamism and identity politics than is generally realised.

More broadly this points to the continuing failure to distinguish between Islam and Islamism. As I have argued several times before one is a religion with about two billion followers and the other is a religionised from of politics. It is impossible to properly understand contemporary anti-Semitism without grasping this point. 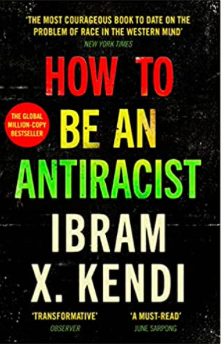