The strange symmetry between Islamism and woke

Islamism and identity politics have much in common

The reaction to the brutal knife attack on Salman Rushdie provided a salutary reminder of the significant overlap between Islamism and identity politics. However, the common ground between the two goes much further than is generally realised.

It is true that, leaving aside the extreme fringes of opinion, most condemned the violence against the Indian-born novelist. But there was also a widespread feeling, at least in woke and Islamist circles, that the author had at least partly brought it upon himself. They shared the view that he should not have written in a way that could be viewed as offensive. Speech, in their view, should be curbed when it is upsetting. That of course in practice means no free speech at all since there will always be some who are upset by views outside the mainstream.

Islam in particular is regarded by some as in need of ring-fencing from criticism. Islamists of course believe Islam should be beyond reproach. But the woke left also regard it as necessary to protect Islam from criticism as it is seen it as a religion of the oppressed. Such leftists take the view that the general public is so bigoted that negative comment on Islam could easily lead to pogroms against Muslims.

So some of the overlap between Islamism and wokeism should be readily apparent to those with an open mind. Both believe freedom of expression should be curbed in case it causes offence. Both contend that what they see as the fragile Muslim community needs to be protected against what they view as the public’s rampant racism. Both are imbued with the politics of identity – with Muslim identity having a special place in their world view.

However, it is important to recognise that the similarities between Islamism and wokeism run even deeper than is immediately apparent. To understand how this works it is first necessary to remember the key features of these outlooks.

In relation to Islamism it is important to note, as I have previously argued, that it is best seen as a form of religionised politics. That is in contrast to Islam as a religious faith with about two billion followers worldwide. Islamism first emerged in the 1920s in Egypt, with the creation of the Muslim Brotherhood, and has since spread worldwide. Although it emerged in the majority Sunni Muslim community it has also come to influence the Shia world including most notably Iran.

Second, identity politics, or what is sometimes referred to as a “woke” outlook, is thoroughly mainstream. Although it is often seen as a radical fringe viewpoint it is better seen as an elite ideology. It is becoming increasingly central to the world view of the technocratic middle class that dominates western societies nowadays. (Take this example of President Joe Biden’s embrace of trans-activism as a striking example of this trend).

That is not to say Islamism and wokeism are identical but the differences between them are often superficial. Islamists use the language of religion whereas supporters of identity politics use the vocabulary of social justice. The two sides tend to dress differently with Islamists often donning religious garb. More fundamentally, the two sides generally have sharply contrasting attitudes towards women and towards gay rights.

*Both reject the ideas associated with the European Enlightenment of the 17th and 18th centuries. These include notions of reason, science (as an open-ended enquiry), tolerance, freedom and progress. They embody a reaction against modernity that is hostile to liberal politics in the broadest sense of the term. From this perspective it makes sense to constrain speech. For Islamists it means outlawing blasphemy while the woke seek to bank hate speech. Both outlooks also support the suppression of political and religious dissent. For example, the woke condemn those critical of mainstream policies on climate change as “deniers”.

*Both Islamism and wokeism are sceptical of democracy and the nation-state. As Bassam Tibi notes in his perceptive Islamism and Islam (Yale University Press): “all Islamists share an agenda of establishing an Islamic state order, or nizam Islami”. For Islamists the umma (world community of the faithful) includes the supposed potential citizens of this new order. There are parallels here with the globalist outlook of the western elites with their embrace of the European Union and other transnational organisations. Both sides loath the idea of the nation-state as a form of democratic community.

*Related to the hostility towards the nation-state is the rejection by both outlooks of the idea of popular sovereignty. For both Islamists and the woke the public should not be the key arbiter of political decision-making. Instead they have an elitist notion of sovereignty. Islamists have a conception of a state based on sharia (Islamic law) and on God’s rule. The public plays no role in this conception of sovereignty. For the woke elite the key decisions are best made by a technocratic elite – their secular version of a priesthood.

*Both embody anti-Semitism. Islamism from its inception in the 1920s had hatred of Jews at its core. Nowadays this is often stated explicitly but sometimes takes the coded form of a visceral hatred towards Israel. The language of western identity politics is different in an important respect. Explicit anti-Semitism became a taboo in the West after the Holocaust. But today’s woke cultural elite are often comfortable using anti-Zionism as a coded form of anti-Semitism. Their visceral loathing of Israel goes way beyond how they talk about other nations. Increasingly they are also using the language of white privilege – with Jews often seen as among its greatest beneficiaries.

*Even when it comes to support for violence the difference between the two is not as great as generally assumed. Islamist jihadists are, by definition, willing to engage in violence but most Islamists do not fit into this category. What are sometimes called participationist or institutionalist Islamists do not generally engage in violence themselves although they are often willing to support it. Wokeists tend not to use violence themselves but this is not a cast iron law. For example, some are willing to use coercion to try to exclude supporters of Israel from campus.

*PS – The discussion in France, with its constitutional attachment to laïcité   (usually translated as “secularism”), seems to be significantly different than in America or Britain. There a debate about islamo-gauchisme (Islamo-leftism) has been going on for about two decades. There too some have criticised the political left for its complacent attitude towards Islamism but the subject demands further investigation. ( John Jenkins of the Policy Exchange think tank in Britain is among those who have written on this theme).

For a related article see Islamism versus Islam.

PS - 11 October 2022. Just stumbled across this spiked article by Kenan Malik from 2002 in which he argued that both Islamic fundamentalists and western liberals were rejecting ideas of modernity, univerality and progress. The terminology has changed a little since then - for example with the popularisation of the term "woke" - but the main point remains sound. 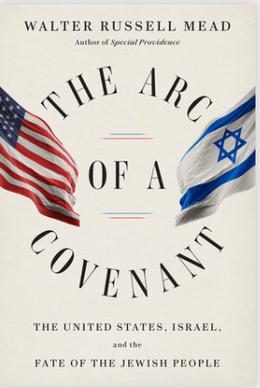