On Tuesday evening I attended the launch of a book and travelling exhibition at the Wiener Holocaust Memorial Library in London. The theme of both is: “Anti- Antisemitism and Fighting Antisemitism from Dreyfus to Today”.

The event was chaired by Julia Neuberger, a reform rabbi and crossbench peer (a non-party political member of the House of Lords). The speakers were Toby Simpson  and Barbara Warnock, both from the Wiener Library, as well as Daniel Sonabend, a writer on Jewish anti-fascism in Britain, and Dave Rich from the Community Security Trust.

As with the library’s recent exhibition on fighting anti-Semitism (which I wrote about here) the meeting uneasily straddled the historical study of anti-Semitism and contemporary activism. The librarians and historians made some interesting points and there were insights on contemporary Jew hatred from Dave Rich. But the meeting was far from achieving its apparent goal of providing an intellectual basis for challenging anti-Semitism today.

A key part of the problem was the overwhelming emphasis on the far right. This is not surprising on the Wiener Library’s part since it is a Holocaust library. That is of course a vital area to document. Undoubtedly the library does an important job by providing an archive on the Holocaust and the Nazi era. But when it strays towards the terrain of political activism, facilitating lessons on tackling contemporary anti-Semitism, the difficulties emerge. Not least because it can easily lead those who attend its exhibitions and events to conclude that the far right poses the main current threat.

A similar point could be made on Daniel Sonabend’s work on the 43 Group, an organisation of Jewish ex-soldiers who fought the British far right shortly after the second world war. That is a completely reasonable subject for a historical investigation but its actions should not be taken as a model for fighting anti-Semitism today. There are few if any lessons that can be drawn in that respect.

There is another related reasons to be wary of directly moving from the historical experience to the present. As Toby Simpson said in his remarks at the event the history of attempting to challenge anti-Semitism  “has some depressing lessons”. If anything that understates the case.

The practical lessons to be drawn from the attempts to tackle anti-Semitism in Weimar (pre-Nazi) Germany are overwhelmingly negative. In other words, they illustrate what not to do rather than providing a positive model that can be applied today. The key problem then was that many of those who might be expected to oppose anti-Semitism, in particular the left, did not take it seriously at the time. Its centrality to the Nazi worldview was grossly underestimated. History might have been fundamentally different if the left had recognised the importance of anti-Semitism early enough and acted upon that understanding.

Not surprisingly, given his role, David Rich showed a keener understanding of the current situation in his remarks. He referred to the far right but also to the experience of Corbynism with some references too to actions by Palestinian nationalist and Islamist groups. I must admit I had forgotten about the 1974 attempt by the Popular Front for the Liberation of Palestine (PFLP) to assassinate a prominent British Jewish supporter of Israel. The left wing Palestinian nationalist group also claimed responsibility for an explosion at a Marks & Spencer store in London (at the time M&S was a predominantly Jewish-run firm).

But Rich steered clear of examining the importance of identity politics to the Corbynist world view or the ideology of Islamism. To be fair to him this should not be taken as a personal criticism. There is of course a limit to what any single individual can do. But there is a problem when new forms of anti-Semitism are not examined in an event on tackling contemporary Jew hatred. The discussion becomes hopelessly skewed.

Ultimately it seems to me that, at least on an intellectual level, anti-Semitism is not taken nearly seriously enough. There are many people, particularly Jews of course, who for good reason are fearful of contemporary Jew hatred. But there are far too few individuals who are willing to seriously examine the new forms it takes today. Even those who have concerns about them they are often reluctant to air them in public.  Many fear being accused of bigotry or Islamophobia.

·  I have not yet received my copy of Anti-Antisemitism, the book launched at the event, but if it makes any additional points that are noteworthy I will write about them. 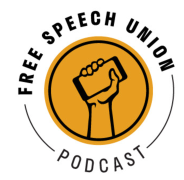