Jews Don’t Count, the new TV documentary by comedian David Baddiel, makes one point well: that today’s left has a blind spot when it comes to anti-Semitism. Usually, self-styled ‘progressives’ are obsessed with seeing minorities represented in all walks of life. And they are generally quick to call out racial slurs whenever they hear them. But when it comes to Jews and anti-Semitism, all the usual rules seem to go out of the window.

Aired on Channel 4 on Monday night, Baddiel’s documentary deploys an army of celebrities and a wealth of examples to make his case. For example, he points to the current obsession with representation in cinema, television and theatre. Woke types tend to argue that only black people should play black characters, only gay people should play gay characters, and so on. But no similar standard is applied to Jews. ‘Jewface’ is rife in film and TV, he argues, yet few people seem especially bothered by this.

My house is a decayed house,
And the Jew squats on the window sill, the owner,
Spawned in some estaminet of Antwerp,
Blistered in Brussels, patched and peeled in London.

The reading didn’t seem to prompt much reaction at all. It is difficult to imagine there would be such silence had someone read out a poem referring to black people in a similar way. Anti-Semitism, it seems, is treated as a less serious form of racism.

The online reaction to Jews Don’t Count seemed to unwittingly prove Baddiel’s point. In fact, even before it was broadcast, identitarian leftists and anti-Israel activists were out in force denouncing Baddiel and dismissing his argument.

Much of their ire focused on Baddiel’s ‘blackface’ portrayal of footballer Jason Lee in the 1990s TV comedy Fantasy Football League, in which Baddiel wore black face paint and a pineapple on his head. Because of this skit, some argued that the Jewish comedian is not qualified to talk about racism.

Baddiel’s documentary addresses the Lee skit and even features a face-to-face encounter with Lee. Baddiel makes a direct apology to him, 25 years after the skit was broadcast (Baddiel has apologised indirectly for it before, but this is the first time he has done so directly to Lee). No doubt Baddiel’s portrayal of Lee was in bad taste, but his remorse is clearly sincere. No one could seriously argue that Baddiel is a racist. And so to dismiss his arguments about anti-Semitism on that basis is ludicrous.

However, there are more solid grounds on which to question the arguments in Jews Don’t Count. In the documentary version, Baddiel is noticeably reluctant to draw any firm conclusions about identity politics. He does not say, for instance, whether only Jews should play Jews in theatre and film. However, in his book of the same name, he leans firmly in favour of identitarianism. He argues that Jews should be considered ‘an ethnic minority’ and should enjoy the protections that come with this status. In other words, in his book at least, Baddiel’s criticism of identity politics is limited to the fact that it excludes Jews. His is a plea to merely tweak its framework. He seems to think that if more people had complained about that reading of TS Eliot, we would be on our way to solving anti-Semitism.

What Baddiel misses here is that identity politics is inherently problematic. It divides society along racial lines. It reinforces racial divisions, rather than attempting to transcend them.

In fact, one of the main reasons that the modern left has such a blind spot towards Jews and anti-Semitism is precisely because of this identitarian outlook. Because Jews are considered to be white, or at least ‘white passing’, they are also viewed as benefitting from white privilege, unlike other ethnic-minority groups. Jews, therefore, are at the wrong end of the intersectional hierarchy to draw sympathy from ‘progressives’, even when they suffer from racism. This is an outlook that needs to be challenged head-on.

Another area where Baddiel’s critique falls short is his approach to free speech. In the documentary, Baddiel makes it clear that he wants football fans to be banned from chanting ‘yiddo’. It was this chant, Baddiel says, that set him on his path to try to understand anti-Semitism.

Yet this example does not quite chime with the rest of his argument. Those who chant ‘yiddo’ at football matches are not woke leftists. It is typically chanted by Tottenham Hotspur supporters, for whom the chant is a source of pride. Alternatively, it is chanted by supporters of rival teams as a form of insult. Either way, the chant does not in itself express an anti-Semitic outlook.

In any case, Baddiel seems to assume that clamping down on free speech and banning certain words is necessary to fight anti-Semitism. He never actually makes a case for this point – he merely asserts it. And no wonder. The historical record shows just how wrong he is to call for censorship. Banning the expression of anti-Semitic ideas does not defeat them. It simply leads these ideas and expressions to take a more coded form. Indeed, one of the key barriers to tackling contemporary anti-Semitism is that, despite its influence, it is often expressed in disguised ways.

In drawing attention to the left’s blindness to anti-Semitism, Baddiel provides an important service. So it is a great shame that he refuses to confront the identity politics that has created this blind spot in the first place. 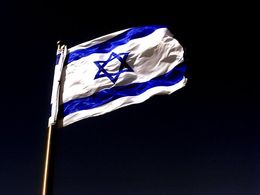 A new Zionism is necessary 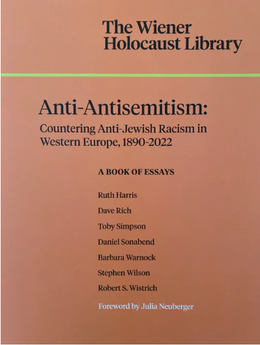