The furore over Emma Watson’s “free Palestine” Instagram post (see above) fails to grapple with an important shift in the form of anti-Semitism.

It all started when Watson, who played Hermione Granger in the Harry Potter films, posted to her almost 65m followers. The image itself focused on the slogan “solidarity is a verb”. Behind it an image of a protest was visible with placards including “free Palestine”.

No doubt the post on its own would have delighted anti-Israel activists. However, Danny Danon, a former Israeli ambassador to the UN, inflamed things by entering the fray with an ill-considered tweet. It simply reproduced Watson’s post with the addition of a caption “10 points from Gryffindor for being an anti-Semite”. (Evidently the reference is to one of the four houses at the Hogwarts School of Witchcraft and Wizadry).

That was enough for even generally staunchly pro-Israel figures to join the pile-in against Danon. For example, David Aaronovitch wrote an article in the Jewish Chronicle with the headline that succinctly summed up his argument: “Calling Emma Watson antisemitic makes it harder to fight bigotry”. Aaronovitch went on to argue that Danon: “isn’t convincing anyone out here that she is an antisemite, but he certainly is doing a great job of convincing maybe hundreds of thousands that yes, it’s true, the accusation “antisemite” is used against anyone who criticises Israel.”

Aaronovitch has a point. Anyone not familiar with the debate would likely be mystified by Danon’s accusation. The post was clearly pro-Palestinian but there was no mention of Jews at all. If Danon is to make such a serious charge then – at least if he wants to appeal to an international audience – he needs to explain why he interprets it in that way.

But the reaction against Danon was completely disproportionate. Through his foolhardy lack of diplomacy he inadvertently found himself playing the role of pantomime villain. Yet Danon is, if anything, yesterday’s man. He is a former Israeli ambassador to the UN and a former member of the Knesset (Israel’s parliament). He no longer represents an officially Israeli view let alone a broader Jewish one.

The reaction of the current Israeli ambassador to the UN, Gilad Erdan, was more measured. He tweeted that: “Fiction may work in Harry Potter but it does not work in reality. If it did, the magic used in the wizarding world could eliminate the evils of Hamas (which oppresses women & seeks the annihilation of Israel) and the PA (which supports terror). I would be in favor of that!” (The PA stands for the Palestinian Authority which controls part of the West Bank).

Essentially this is making the fair point that Watson was simply posturing. It is all too easy to reproduce a photo of protestors holding placards but a different matter to tackle political realities. Such gestures are often a way of avoiding hard debates.

Erdan’s criticism was fine as far as it went but the problems run deeper. For a start claiming support for Palestine solidarity has become a part of the contemporary radical identity. In that sense it goes beyond rational political debate to act as integral to their self-image.

The problem with that is that it become impossible to seriously debate the conflict between Israel and the Palestinians. Israel simply becomes the personification of evil. Its strengths and weaknesses cannot be debated like those of any other nation.

It is also important to note that, if you look carefully, Watson’s post explicitly embodies elements of the emerging woke outlook. Alongside it she quoted Sara Ahmed, an intersectional feminist, saying that: “Solidarity does not assume that our struggles are the same struggles, or that our pain is the same pain, or that our hope is for the same future. Solidarity involves commitment, and work, as well as the recognition that even if we do not have the same feelings, or the same lives, or the same bodies, we do live on common ground.”

The post also credits the Bad Activist Collective which defines itself as: “is a space dedicated to connecting activists, justice seekers and change makers from all around the globe to combat systems of oppression and fight for a better future for people & the planet”. The collective also says it focuses on “Dismantling systems of oppression” as well as “art, activism, mental health, intersectionality”.

This outlook, whether intentionally or not, lends itself to anti-Semitism. From this perspective it is all too easy to see Jews as beneficiaries of “white privilege”. In fact sometimes they are seen as at the top of a pyramid of white privilege. So the old tropes of Jewish power are reborn in a new form of Jews as hyper-white.

Finally, it is also worth taking a closer look at Watson’s post. In the top left hand corner is a placard saying “US and Israel: Hands of Jerusalem”. It is illustrated with an image of the Dome of the Rock in the old city of Jerusalem: one of Islam’s holiest shrines.

Watson was probably unaware of this but the placard embodies a classic Islamist message. The argument is essentially that Muslims should control Jerusalem rather than Christians or Jews. It is not a call for Palestinian self-determination but rather a demand that historic Palestine be subsumed under broader Islamic control.

The emergence of woke anti-Semitism will be one of the main focuses of this site. The peculiar overlap with Islamism is also worthy of further investigation. 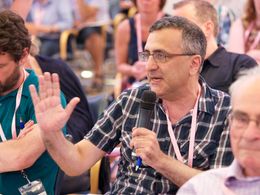 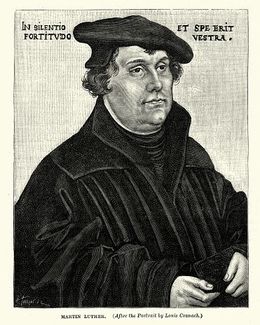