The term “radicalism of fools” might bemuse those unfamiliar with the topic but it should mean something to those who follow the discussion of anti-Semitism. It refers to the fact that anti-Semitism all too often takes a radical form even though it is a thoroughly reactionary trend.

Throughout the twentieth century, at least in the West, anti-Semitism often took the form of the “socialism of fools”. That is, self-proclaimed socialists often blamed the ills of capitalism on Jewish bankers rather than on those who ran the market economy. The Nazis of course fitted into this category but it originated in the late nineteenth century and still persists to this day.

The term is often attributed to August Bebel, the leader of Germany’s Social Democratic Party, but others say it originated with Ferdinand Kronawetter, a leftist Austrian politician. According to a study by Peter Pulzer, the full saying was: “der Sozialismus des dummen Kerls von Wien” (“the socialism of fools from Vienna”).

More recently, over the past two decades or so, what could be called the “anti-imperialism of fools” has come to the fore. That places Israel at the centre of a global system of imperialist domination (Mick Hume, then editor of spiked, wrote about it for the New Statesman back in 2002). This outlook can take both radical left and Islamist forms. Indeed there is a significant amount of overlap between the two.

The “anti-imperialism of fools” outlook all too often blurs the line between reasonable criticism of Israel (which emphatically can exist in principle) and anti-Semitism. While most of these phoney anti-imperialists staunchly deny they are anti-Semitic it is hard to resist the conclusion that they indeed are.

More recently still Jews have found themselves unwillingly embroiled in the debate about “white privilege”. According to some Jews are in fact “hyper white”. They are at the top of a pyramid of racial oppression under which people of colour suffer terribly. This notion could be referred to as “woke anti-Semitism”.

But how did Jews get to this unenviable position of being the favoured target of flawed radicals? And why have the forms of anti-Semitism multiplied in recent years? These and other related questions will be the main focus of this website.

PS: June 2022. I have recently discovered that Isaac Deutscher used the phrase "anti-imperialism of fools" in 1967 to describe how Israel was viewed by many in the aftermath of that year's Six Day War. The article is included in his book on The non-Jewish Jew. 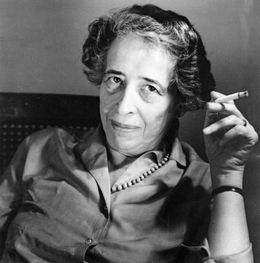