This site is an attempt to untangle anti-Semitism. In other words its goal is to help counter some of the many confusions that plague this difficult subject. Hopefully thinking more deeply about this form of hatred will help provide the basis for tackling it but there are no blueprints for action.

Of course many others are talking and writing about anti-Semitism. However, this site is likely to be distinctive in several ways. In particular it is unequivocally in favour of freedom of expression. That is both because freedom is important in principle but also because anti-Semitism can only be effectively fought in the open. Driving anti-Semitic discourse underground does not work. It simply re-emerges in a disguised form. If the battle is to be won it cannot be evaded.

Nor can anti-Semitism be tackled by finding a good definition and imposing it on others. Anti-Semitism takes many different forms both over time and from place to place. It staunchly resists attempts to define it. That is at least beyond the obvious characteristic that it involves hostility to Jews. In any case trying to force others to accept a particular definition itself runs the risk of violating free speech.

Anti-Semitic violence is an entirely different matter. When that emerges it should be met with the full force of the law.

This and many other related questions will be explored in more detail on this site.

Israel is no Goliath 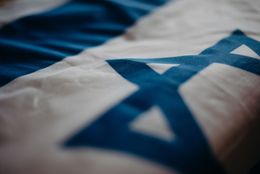