The notion of "anti-Palestinianism" only makes it harder to understand the plight of Israelis, Jews and Palestinians

It should of course go without saying that any actual hatred of Palestinians should be vociferously condemned. But the term anti-Palestinianism distorts the situation of Palestinians, Israelis and Jews.

The focus of the discussion is on alleged anti-Palestinianism in the West. There is of course a separate but related debate about Israel’s relationship with the Palestinians but that is not my main concern on here. Even in relation to the Middle East though I would argue that the concept of anti-Palestinianism does not help understand the conflict.

The first misleading claim made by those who use the concept is that anti-Palestinianism is rife in the West. Indeed the perverse argument is made that the absence of anti-Palestinian rhetoric is itself evidence of its pervasiveness. For example, this claim is made by Peter Beinart, one of best-known anti-Israel voices in America, in Jewish Currents magazine:

“The reason this bigotry goes undiscussed is because, in mainstream American discourse, the word ‘anti-Palestinian’ barely exists. It is absent not because anti-Palestinian bigotry is rare but because it is ubiquitous. It is absent precisely because, if the concept existed, almost everyone in Congress would be guilty of it, except for a tiny minority of renegade progressives who are regularly denounced as antisemites.”

It is clearly difficult to argue with someone who is convinced that something’s absence is evidence of its presence. Or that the introduction of a new term would make matters clear. The much more straightforward explanation is that there is little anti-Palestinian bigotry in America.

Even staunch advocates of Israel do not generally engage in anti-Palestinian bigotry. Their arguments are usually framed in terms of support for Israel’s right to exist as well as what they perceive as anti-Semitism from many of Israel’s critics.

Often this argument does not grapple with what is actually being argued by Israel’s supporters. Israel’s advocates do not generally claim that criticism of Israel is in itself anti-Semitic. The argument is usually that Israel should be subject to the same standards as other nations. In other words Israel is often criticised for practices which would often not even raise a murmur in relation to other countries.

Sometimes there is a kernel of truth in what anti-Israel activists argue but they misconstrue its significance. For example, this week I attended a webinar organised by +972 magazine, an Israeli publication on the woke end of the spectrum, on “How anti-Palestinianism went global — and how we can fight it”. Some of the examples the panellists described were indeed instances of criticism of Israel being stifled by bureaucratic measures. Nevertheless they are not best understood as expressions of anti-Palestinianism. Instead they are better seen as part of a broader attack on free speech.

As I argued recently on Plebity, an American free speech publication, there is a strange situation in which both pro-Israel and anti-Israel activists often try to cancel each other. The whole premise of the Boycott, Disinvestment and Sanctions (BDS) movement, for example, is to try to cancel support for Israel. And the International Holocaust Remembrance Alliance (IHRA) definition of anti-Semitism, although it does allow for balanced criticism of Israel, is also often used to stifle anti-Israel activism.

Indeed at the +972 webinar I tried to ask a question on the indivisibility of free speech. In other words genuine support for free speech must mean defending the right of those you disagree with to speak freely. Otherwise it is simply special pleading for your own side. Unsurprisingly I was not taken.

Perhaps the greatest problem with the notion of anti-Palestinianism is the explicit attempt to equate it with anti-Semitism. This is a serious error as the plight of the Jews and that of the Palestinians, although both tragic in their own way, are fundamentally different.

A 2016 article in +972 magazine entitled “fight anti-Palestinianism as we would fight anti-Semitism” by Jeremiah Haber provides a good example of someone who understands neither. He defined anti-Semitism as: “prejudice against Jews based on perceived negative qualities of Jewish cultural, natural, or religious identity.” Along similar lines he defined anti-Palestinianism as: “prejudice against Palestinian Arabs based on perceived negative qualities of Palestinian cultural or natural identity.”

But anti-Semitism in its fully developed form is much more than a prejudice. Nor can it be reduce to negative stereotypes. It is an exterminationist political movement. Its goal is not to simply discriminate against Jews or scapegoat them but to physically exterminate them.

That is not to say that mainstream anti-Israel activists in the West want to kill Jews themselves. But it is striking that they tend to be either unaware of or unwilling to talk about the explicit exterminationist anti-Semitism of Islamist movements such as Hamas. There is no excuse for being unaware of this fact since, for example, Hamas’s covenant is easily available to read in English. Leaders of the Iranian regime and Islamists worldwide have made similar statements. Anyone who glosses over these facts so they can more easily make their political case is, to put it mildly, not to be trusted.

Meanwhile, the plight of the Palestinians is no simple matter either. In the West most people who take an interest in the topic have considerable sympathy for them. There is no widespread hostility to Palestinians in the West.

In the Middle East the situation is more complex. It is certainly true that the Palestinians are not currently in a position to exercise their right to self-determination. But the legal position of individual Palestinians varies widely depending on where they live. Those who have Israeli citizenship as a result of living within its pre-1967 have, broadly speaking, similar rights to Israel’s Jewish citizens (although there are some problematic areas). While the situation of those living in the West Bank ( which Israel and the Palestinian Authority both playing a role in ruling the territory), Gaza (under the authoritarian rule of Hamas) and in surrounding countries (where they often suffer severe discrimination) varies considerably.

The notion of anti-Palestinianism confuses matters rather than clarifying them. It only makes the plight of the Jews, Israelis and the Palestinians even more difficult to understand. 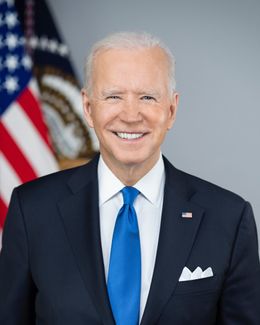 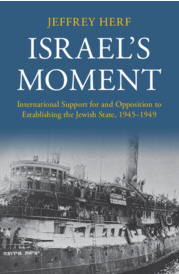